The Bookbabe Read-a-Thon has begun

In honor of my Grandmother, Alice Marie, I am participating in the Alzheimer Associations Longest Day Fundraiser. The Longest Day of the year is on June 21st, and on this day I pledged to read has many books as possible. And raise money while doing it. So far I’ve only raised 60$ but my friend and fellow Booklover Staci has raises over 200$. Of course, we were under our 550$ goal but any amount for the association is helpful. There will also be more time opportunties to raise money in the coming months. 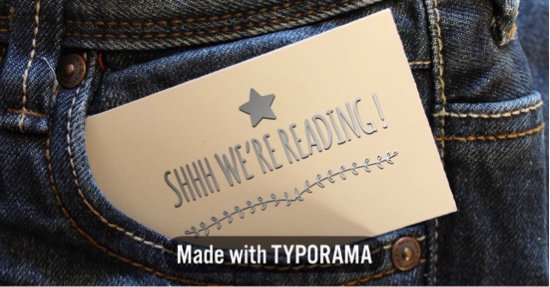 Posted by The Book Babe at 9:59 PM No comments:

First Impressions: A Lineage of Grace by Francine Rivers 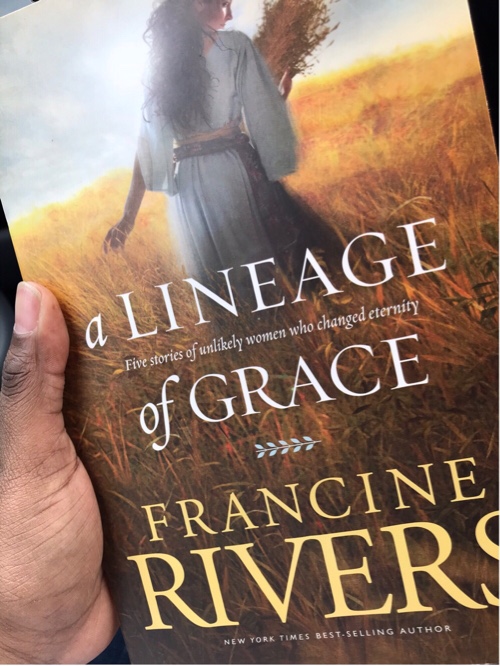 A lineage of Grace is a collection of stories based on five famous women of the bible; Tamar, Rahab, Ruth, Bathsheba, and Mary. I’ve owned this anthology for a number of years. And I felt that it was finally time to read it. Honestly I was in the mood for something uplifting and God and female centered. However, the first story Unveiled, which is about Tamar - a 14 year old girl married off into a traumatic family situation. She is abused and used and continously hurt by her husband and his family. The entire time Tamar must rise above, by loyal and remember she is to be a child bearer. The story is violent and at times hard to read; while this was most likely the pilight of the women of the time It is still hard to read. I get what Rivers was trying to do here. However, the womanist in me....Really finds the narrative of this story a tad dangerous.
Tamar by no fault of her own is forced to play a harlot in order to have a wrong righted. She must take abuse and remain loyal. The story, from my point of view, could lead some women to believe that abuse is okay in a marriage. And that one most look beyond it and remain loyal. Its troublesome. I hope the other stories in the book are better. If I had to rate it today I would most likely give it a 3 out of 5 stars - just based on the narration.

Here is the synopsis (amazon) for the first story in the book:

Her name meant "date palm," and like her namesake, Tamar hoped to survive the harsh environment she was placed in: to bend but not to break. Rubbed with scented oil and arrayed in wedding finery, 14-year-old Tamar is thrust into a world of abuse, betrayal, and disillusionment when she is given in marriage to an evil, idol-worshiping man. In the face of her suffering, she must make choices: Will she let her new husband, Er, destroy her innocence and corrupt her? Will she leave the religion of the Canaanites and embrace the God of the Hebrews despite the life of misery she is cast into? Or will she fall into despair and become as wicked as her husband and his brothers?

Posted by The Book Babe at 8:24 PM No comments:

Guillermo Del Toro and his Creatures

I just wanted to do a quick article featuring Del Toro’s Creatures. His Imagination is astounding. As a lover of horror and gothic art I am drawn to his dark tales. He would be someone I’d love to have a conversation with. 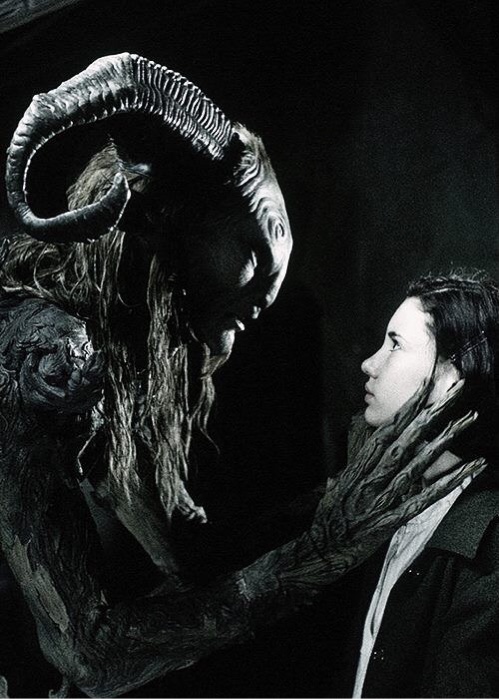 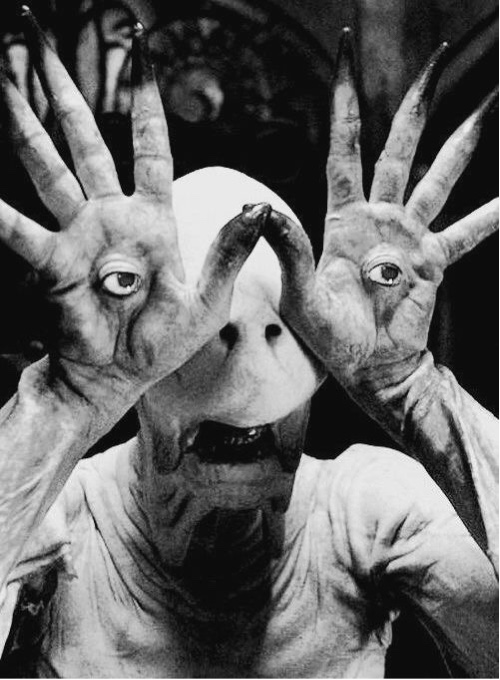 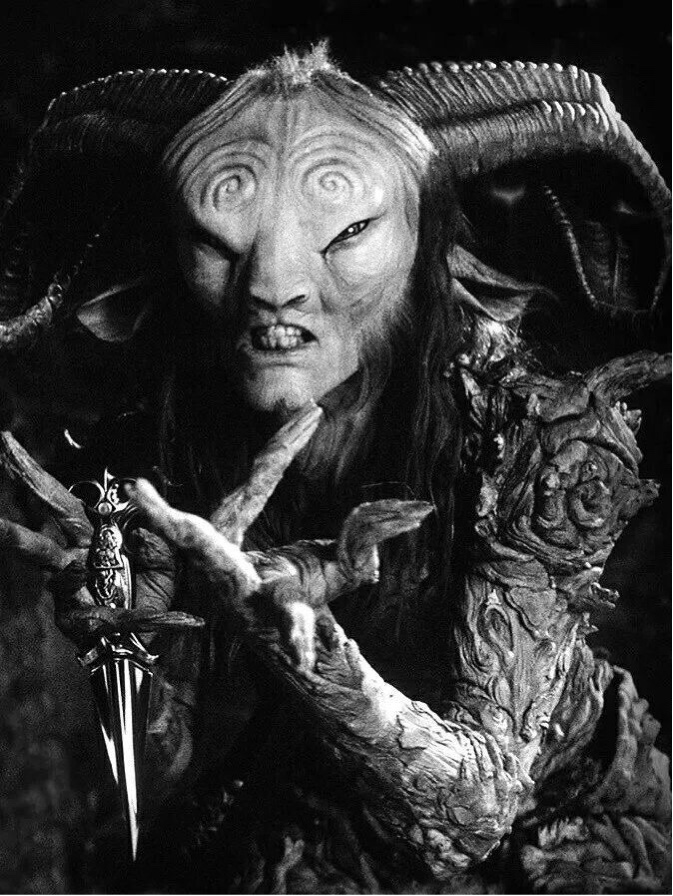 The creature with the eyeballs in his hand gave me nightmares; and if you’ve ever seen the movie then you will know how creept he was. The actors body movements were just unsettling.

Here is the trailer:


The Shape of Water: 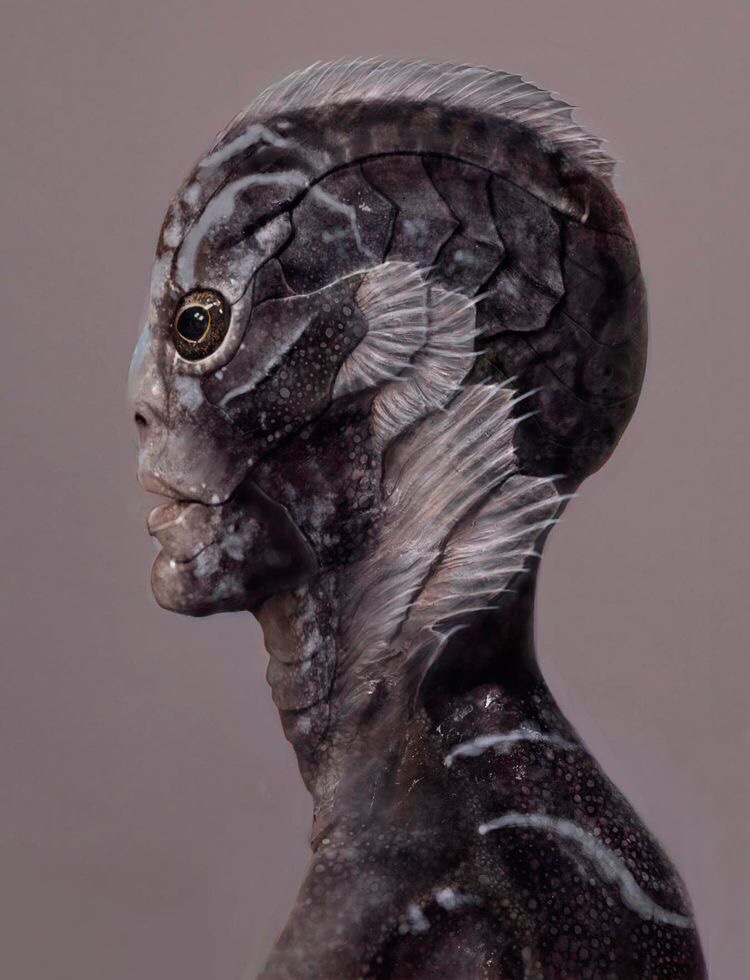 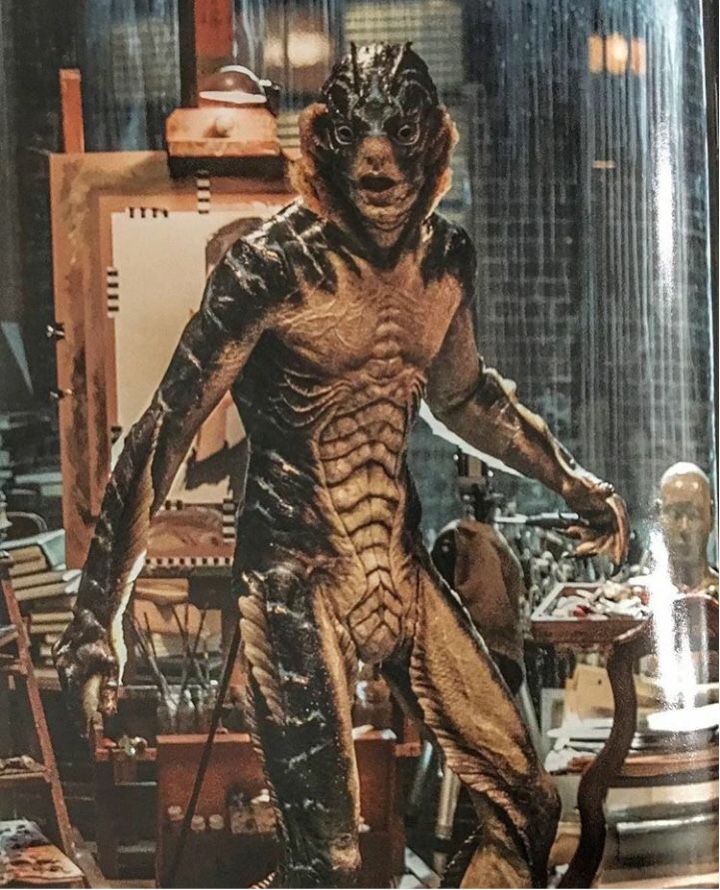 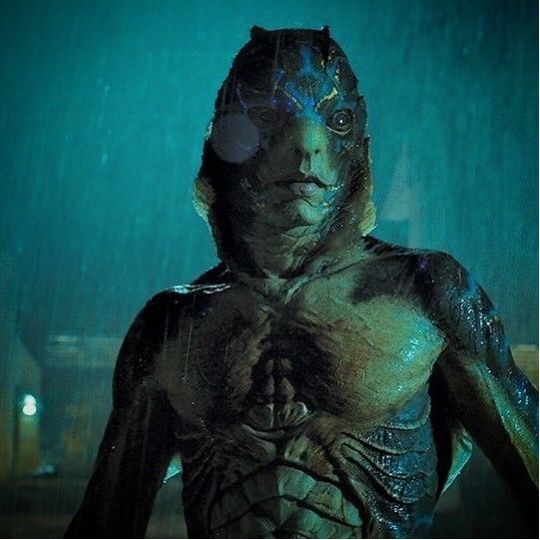 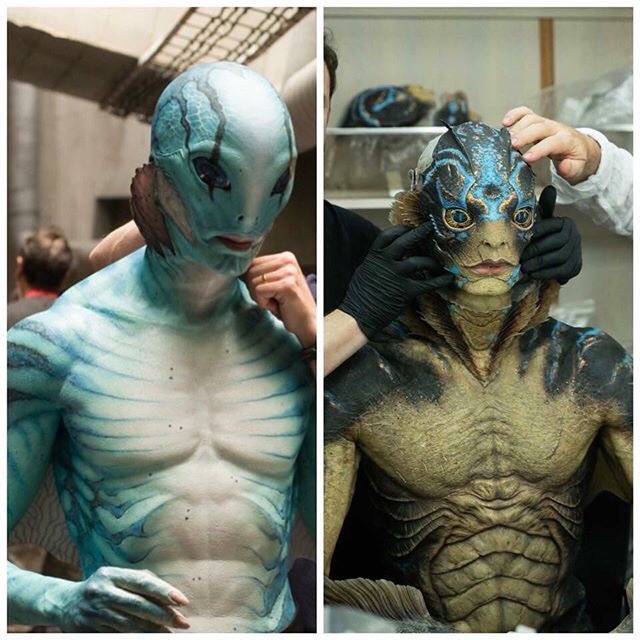 Here is the trailer:

I really can not wait to see the later so that I can compare it to the book. Also, I would love to see the costume for the creature upclose. It reminds me of the Creature from the Black Lagoon. 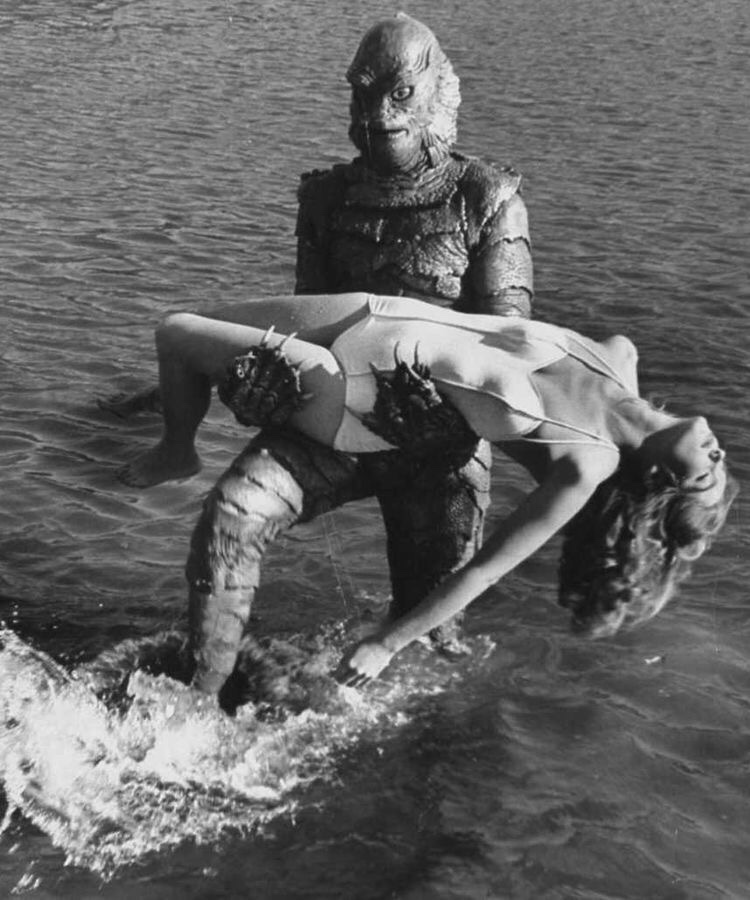 The Book Babe Reviews: The Shape of Water by Guillermo Del Toro and Daniel Kraus So if any of you paid attention to the past Oscar season you’d know Director Guillermo Del Toro went on to win best picture for the movie based on this book. This is the fourth book by Del Toro I’ve had the priviledge to read. I was introduced to him by way of Pan’s Labrynith; his 2006 creature feature. That movie is seriously good and seriously creepy. Little did I know that a few years later I would discover The Strain Trilogy (which later became a short lived t.v. show). The Strain is all nasty vampires and their plot for world domination - that series is nothing to play with. And I can’t recommend it enough to those that love Sci-fi.

Going into The Shape of Water I had some basic knowledge on what it was based on. Mute woman meets Merman. What I didn’t know was that the this book was about people that live on the margins. People that are rejected by society as a whole. The book is set in 1960’s Baltimore (I loved knowing some of the streets and landmarks mentioned) and if you know anything about the climate in America at that time than you know certain people in our society weren’t treated very well. Think about African Americans and civil rights? And how the disabled would have been treated at that time? And what about Gay people? Well Del Toro gives us a small glimpse into what things may have been like for these folks. All while using a Merman/monster to demonstrate the need to misuse one of God’s greatests creations. And the abuse the creature is subjected to shows us just how quickly empathy can be a non-factor when the torturer is used to abusing people on the fringes; all because they don’t fit a certain mold. And in this on is: White and male. Eliza, is a mute woman. The cause of her muteness is never fully discovered; and however much I would love to know the details of that, it really was a non-factor. Eliza experiences abuses in small ways. Because she can not speak people believe that she is useless, unworthy of respect etc. Its easy for some to count her as dumb. Eliza also knows how easily it is to be victimized. Del Toro alludes us to believe that she may have been date raped. All these little indiginites leave her looking for happiness, she finds it in the little things. Specifically her dazzling shoe collection.

Then there is Giles, an elderly gentlemen. An artist. He seems to be eccentric and distracted. When we meet him he is working on an ad for his former employer. His work is rejected time and time again. We find that Giles is lonely, and if not for Eliza, he may not have had the strength to keep living. Giles is a closest gay man. And during this time in American History being gay is considered indecent; and in some states it is a crime. One of which Giles is arrested for and leads to his arrest and the lost of his job.

And then there is Zelda, she is African American. She works hard and keeps her nose down. She sympatizes with Eliza because she knows what its like to be dejected because of her minority status.

Last but not least we have the monster; a gentle creature, worthy of love and empathy. However, an American comes along and steals him from the Amazon in order to bring him to the states and experiment on him. Eliza and Zelda by happy accident get read in on what is going on with the creature. From the first glimpse of him Eliza is intrigued. She needs to know more - so she begins visiting him. She befriends him, falls in love with him and then later does all she can to ensure his freedom.

I think its important to say these next two words: Fish Sex!
You read that right. Eliza and the merman get down with the get down (🤷🏾‍♀️- sorry not sorry); thanks goodness that the scene was not made weird with really graphic detail but it was still really odd.

The book as a whole is amazingly vivid and well written. The prose is beautiful and haunting and you find the creature, and the story believable. The ending reminded me a lot of the way Pan’s Labyrinth ended. I thought that all was lost; however, Del Toro shocked me in the end with a very surprising twist. The Shape of Water was a great book about love, empathy and the human condition. If the book is any indictator on how special the movie might be I must say I can not wait to see it. Perhaps I’ll rent it this week and come back and tell you guys all about its cinematic beauty. 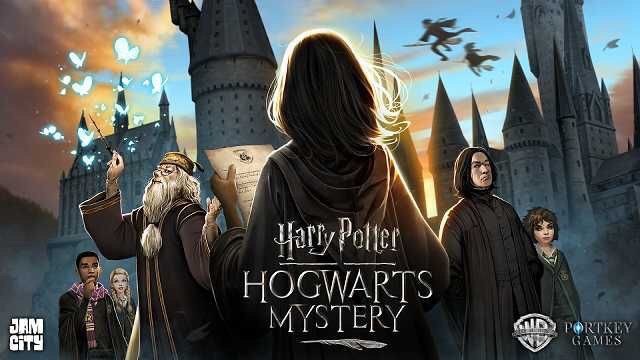 Warner Bros. and Pottermore has been teasing us for months about a Harry Potter moblie game....well on Wednesday it arrived. I quickly downloaded it and created my Character; Nicole Higglebottom. 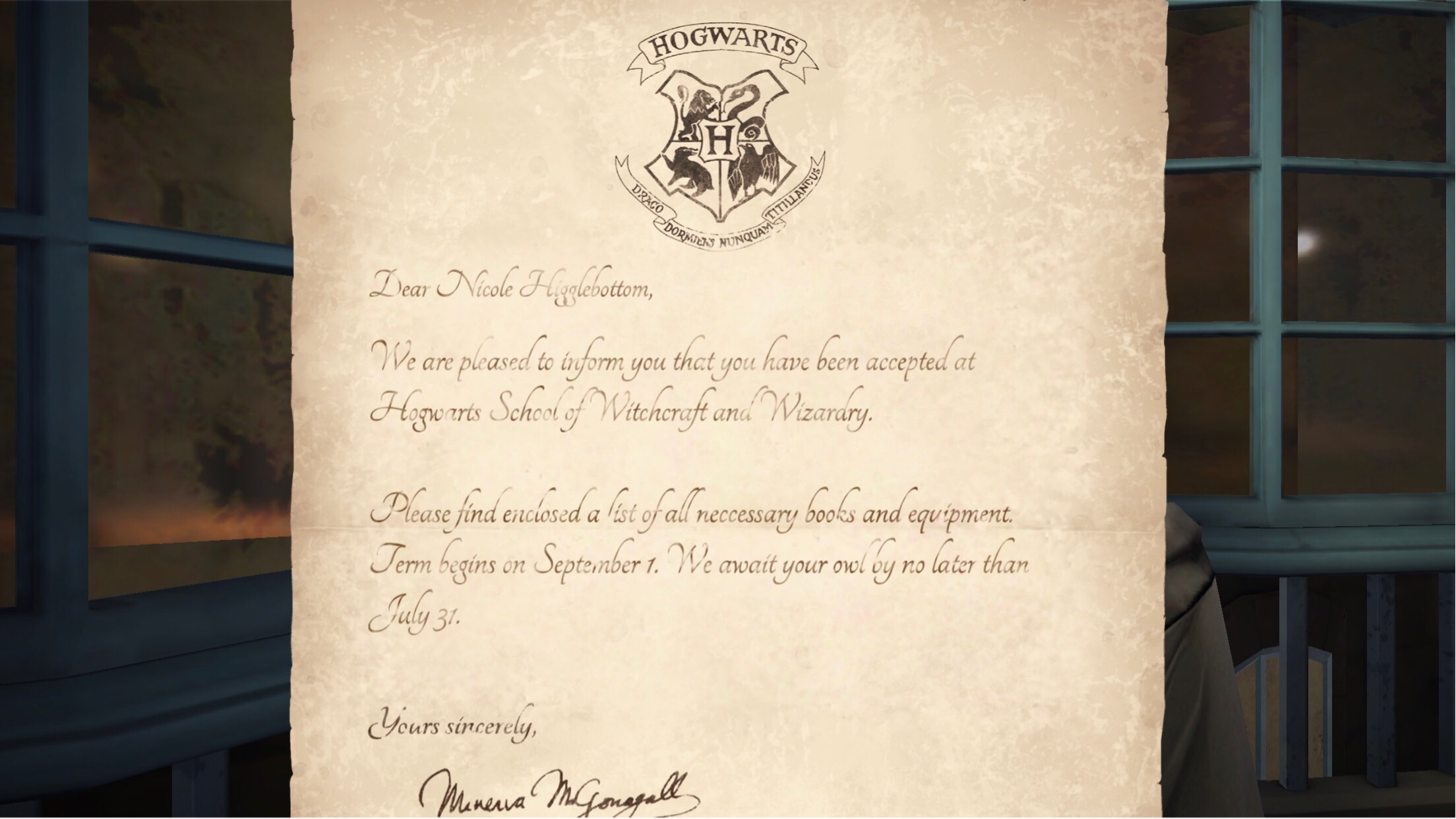 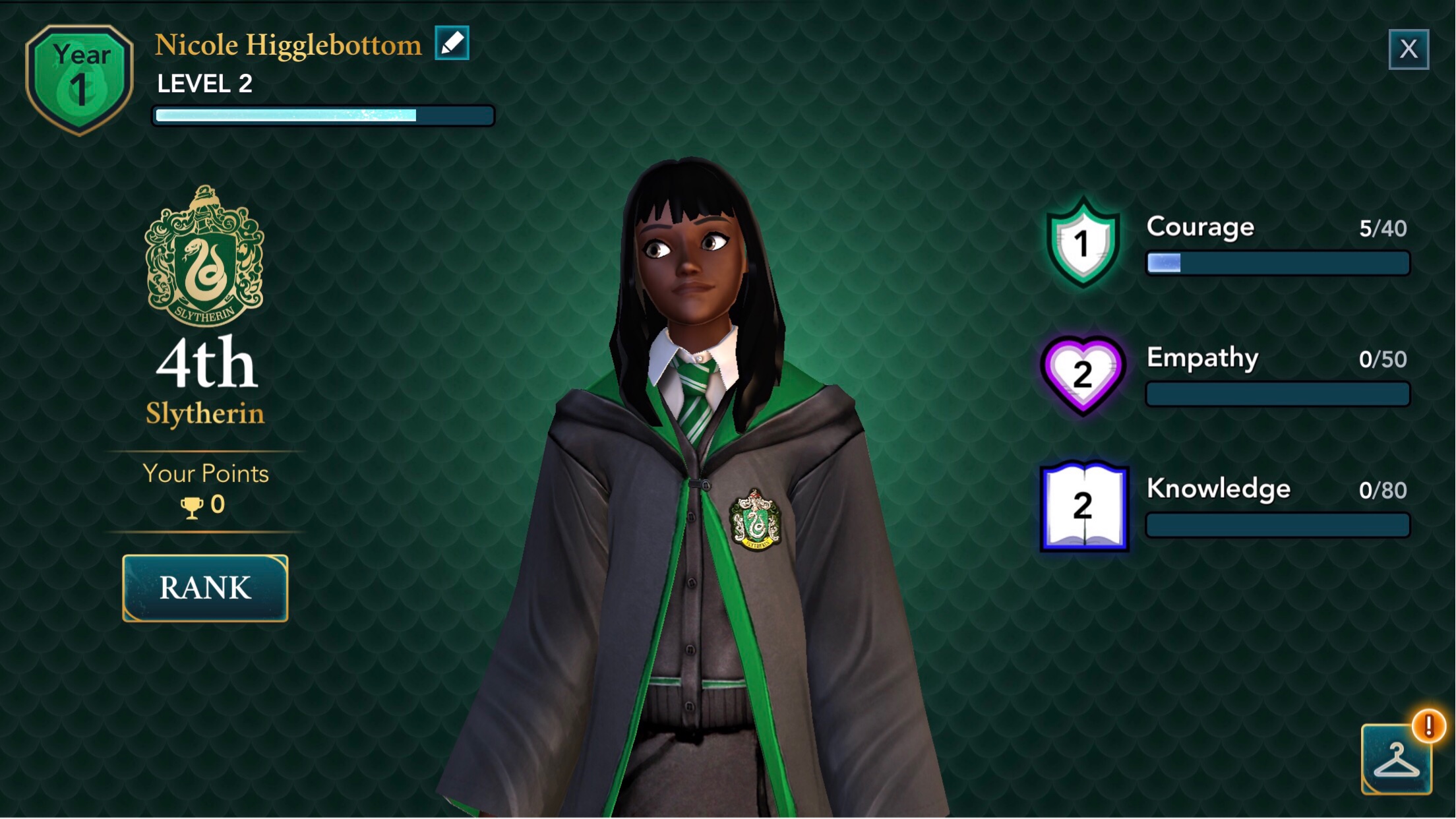 What I immediately loved about the game was that you are able to customize your characters race, hair color, and facial features. Also, when being sorted you are allowed to have your choice considered. Like myself, Miss. Higglebottom is a Slythern. 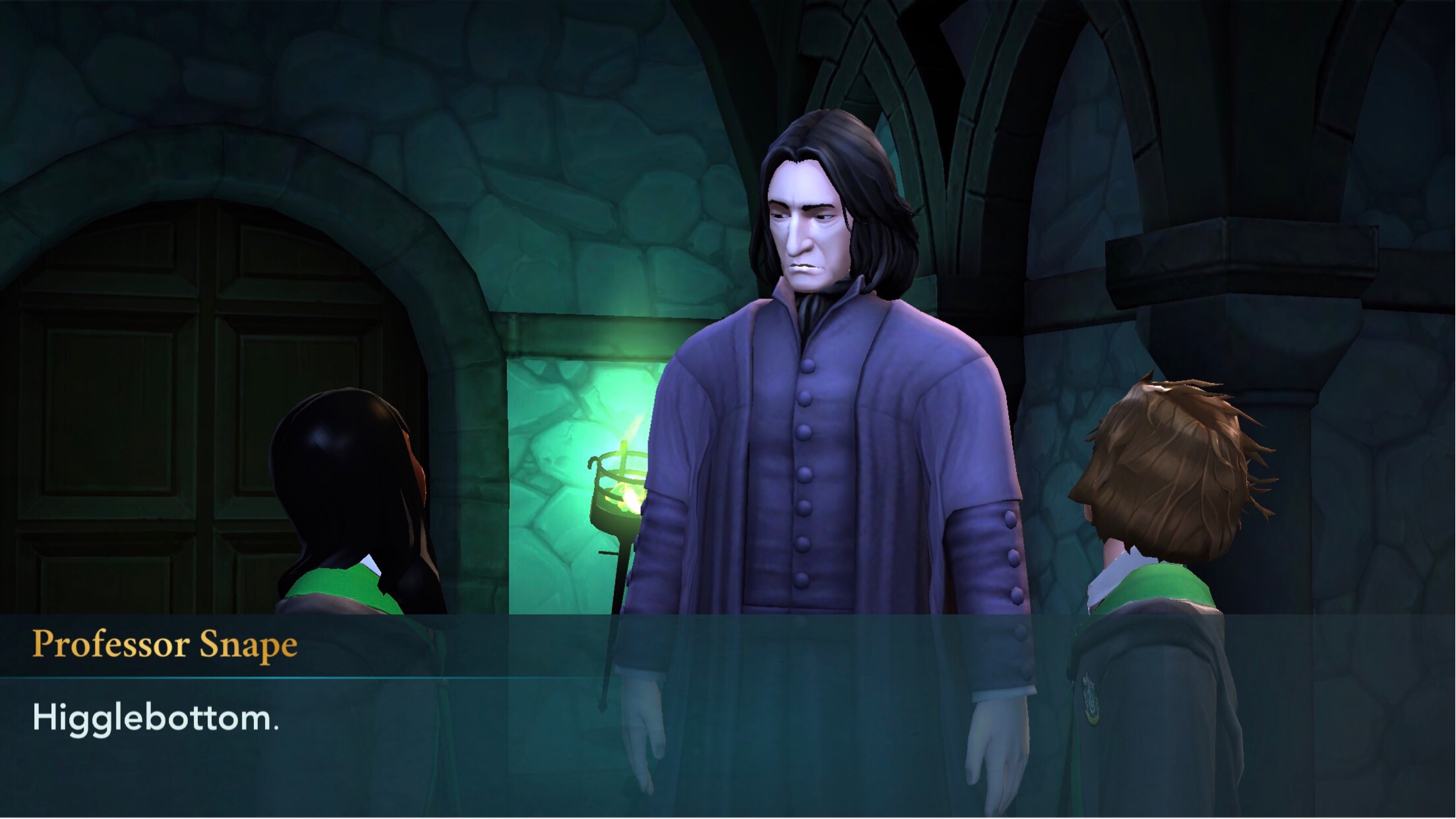 Another thing I loved was Snape...Snape showed up in all of his Snapeyness (not a word). Professor McGonagle, Hagrid and Dumbledore also make brief appearances. And I am sure we will see more of them as time goes on.

The two things I don’t like about the game; the graphics seem a little werid. They could be better. And the fact that you run out of lives so quickly. But the game is fun...and if you are a Potterhead I would definitely consider downloading the game and checking it out. I hope that the developers will eventually create more Harry Potter games...someting similar to Pokémon Go.

Posted by The Book Babe at 7:21 PM No comments: 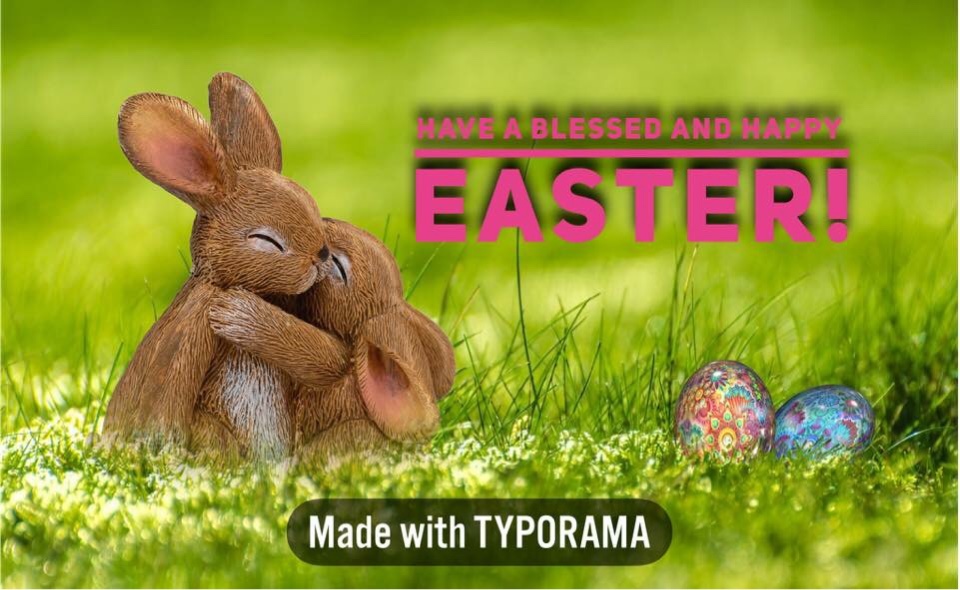 I hope your day was blessed and carefree! And filled with lots of Chocolate!

Posted by The Book Babe at 6:34 PM No comments:

Back in January a member of Litsy posted a Book Swap in honor of George/Fred Weasley’s birthday (April 1st). As most people know I am a huge Potter fan so of course I jumped at rhe chance to send off a box. My match was a Ravenclaw; and I can not tell you how difficult it is to find Ravenclaw stuff. (And I’m a Slytherin - apparently she ran into the same problem.) So I did what I do best....I knitted a gift ♥️. Using Shawl in a ball by Lion Brand. I am deeply proud of the shawl I knitted. So much so I am planning another Harry Potter inspired project over the summer. 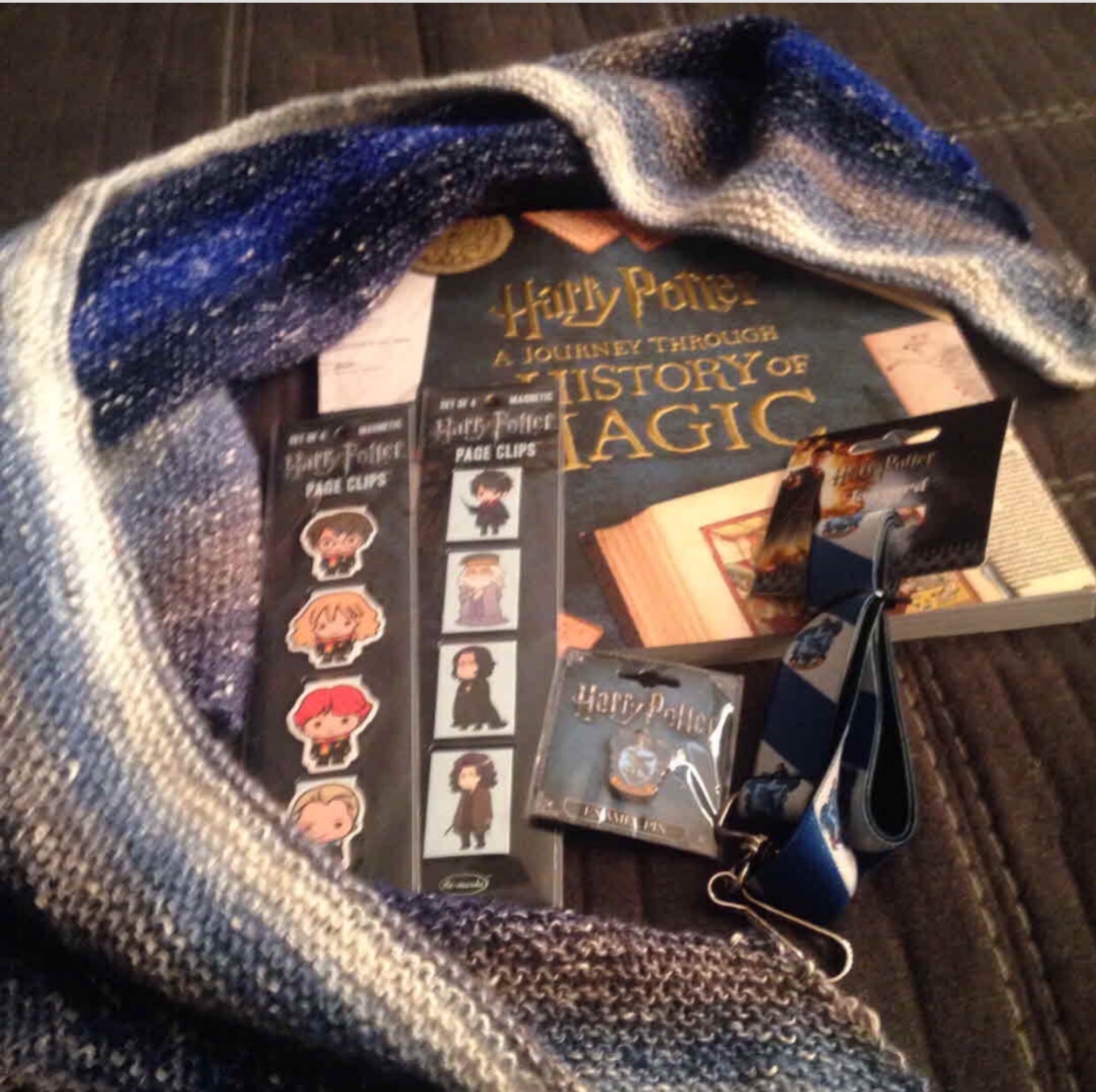 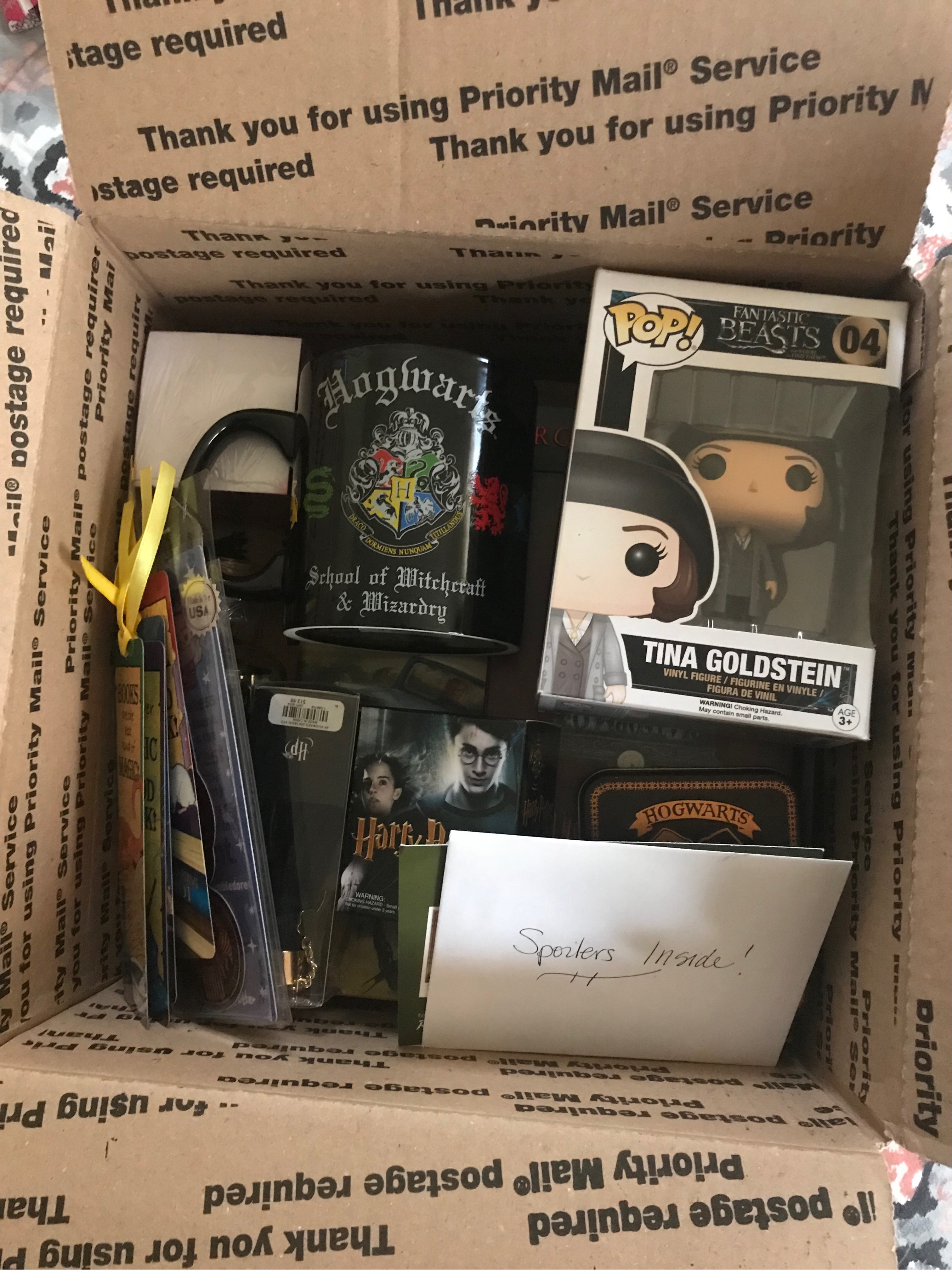 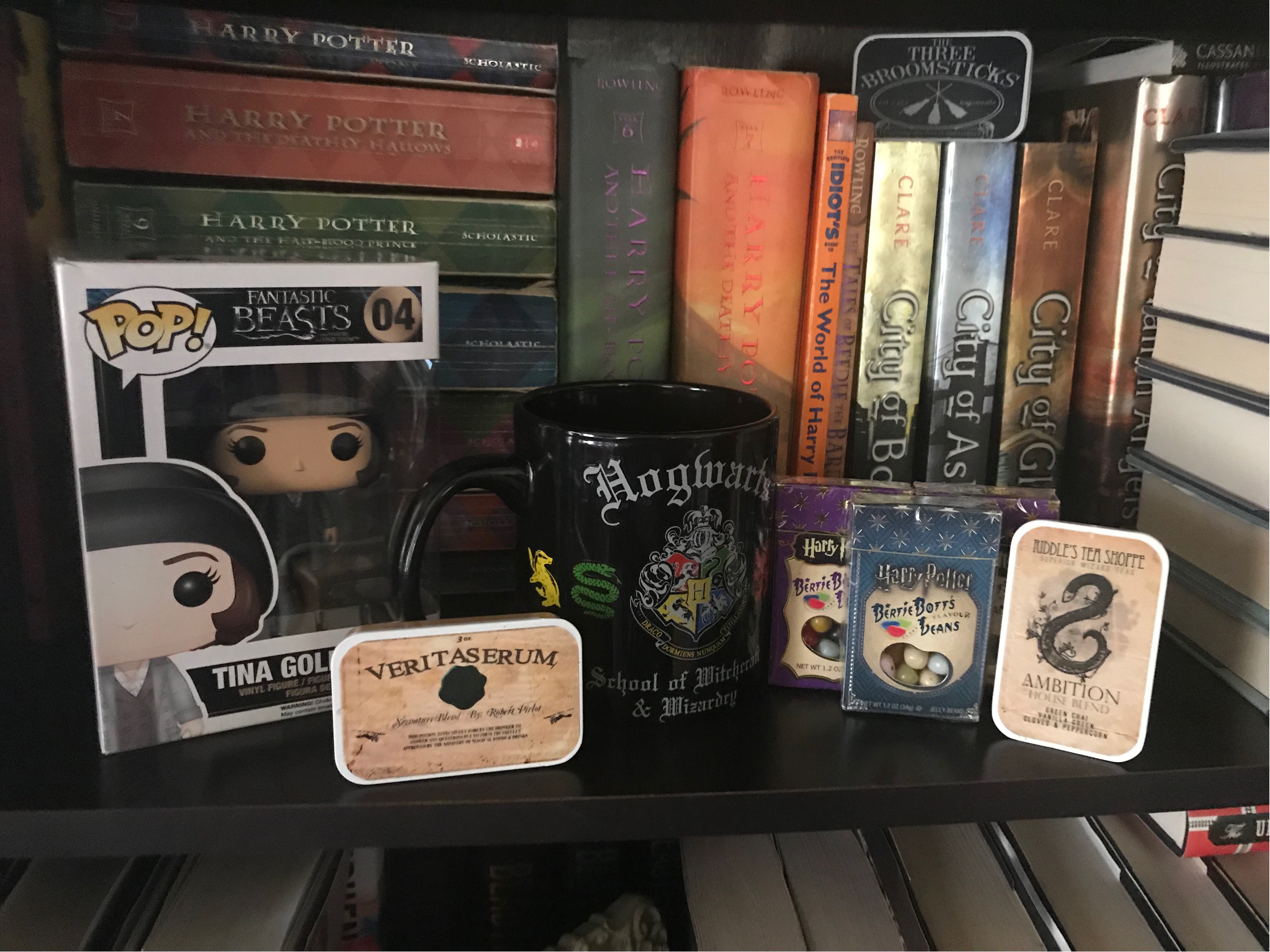 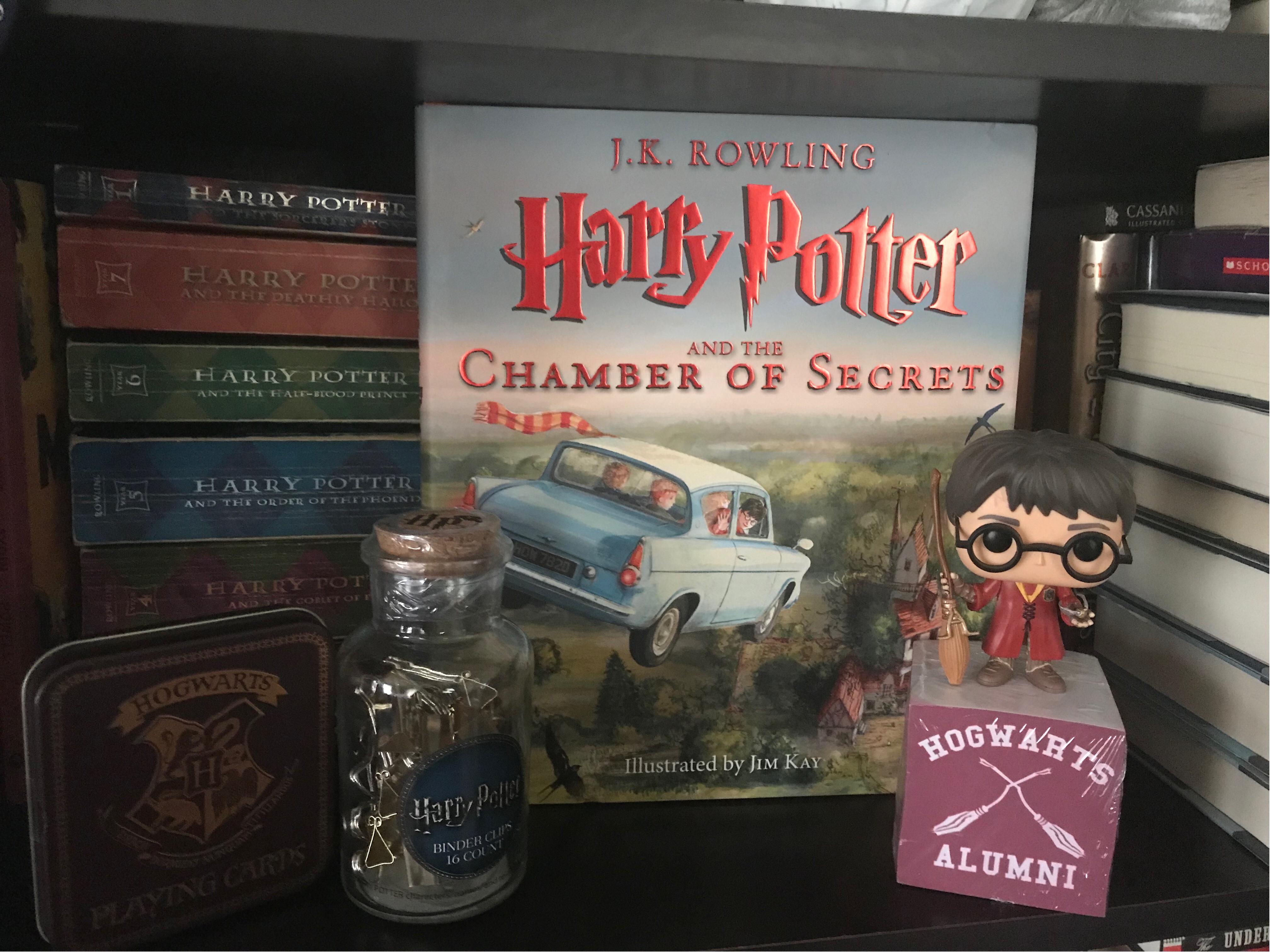 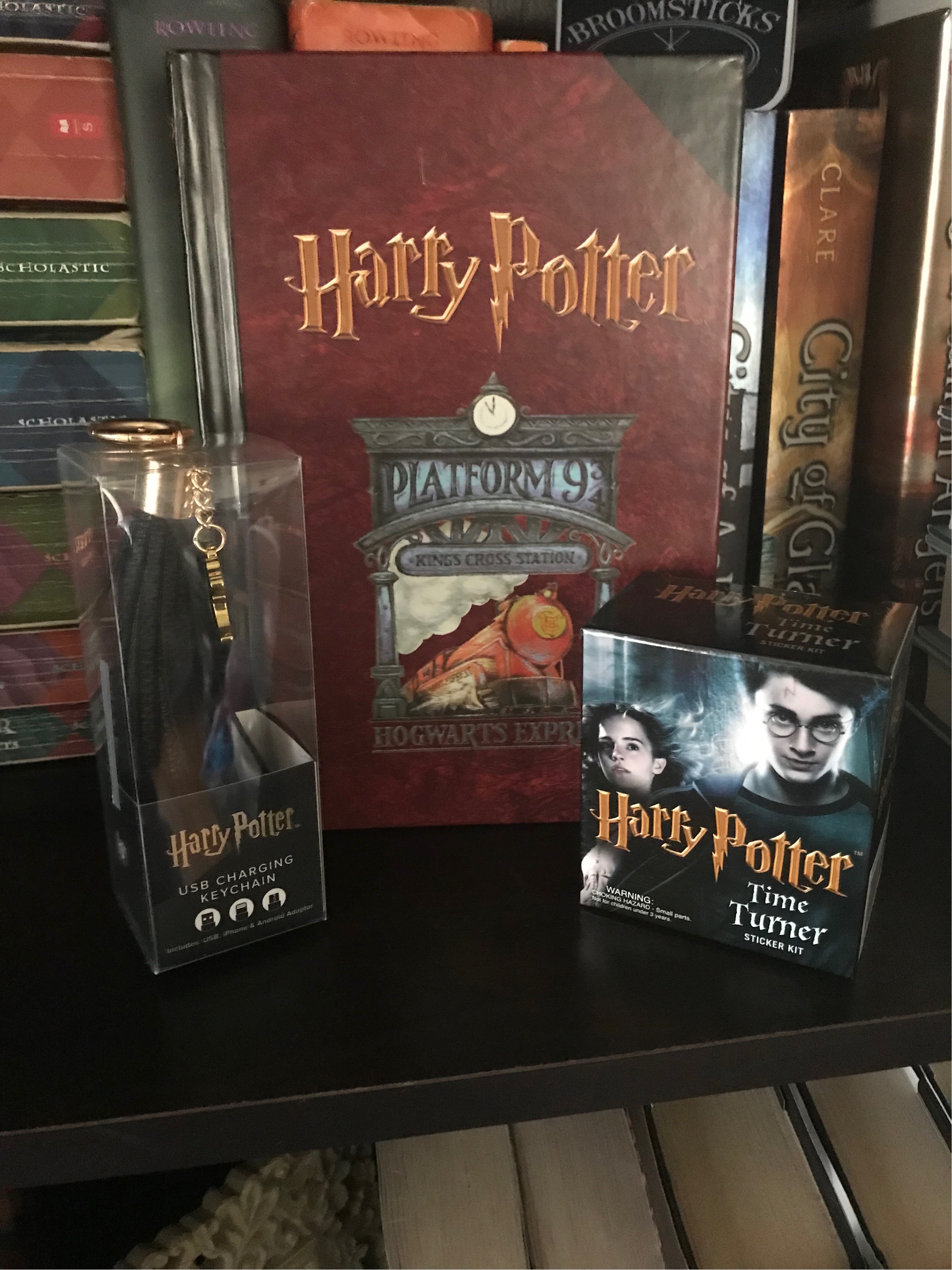 Posted by The Book Babe at 6:20 PM No comments:

Promote Your Page Too